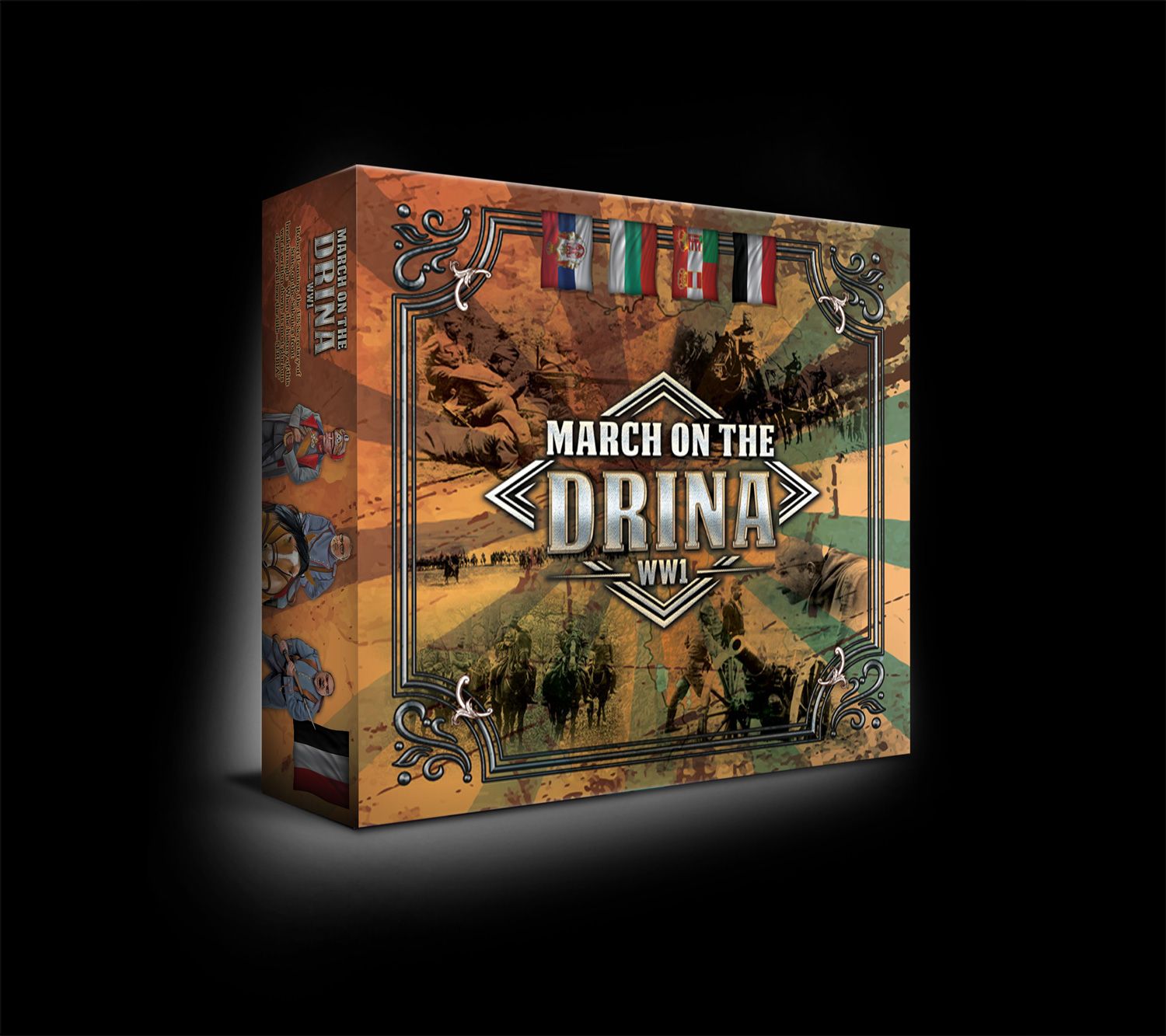 March on the Drina – Board Game

Leave your email and we will keep you updated.

“March on the Drina” is game for 2-4 players aged 14+. The game duration is from 120 to 180 minutes. Each player controls one of the powers in conflict: Serbia, Germany, Austro-Hungary or Bulgaria.

Time from July 1914 to December 1918 is divided in 14 periods, where each period is described in one Calendar Card. Each Calendar Card also brings some effect to the game, so by using Calendar Cards, the players also read and learn about the most important events of World War I.

Each power has four types of unit: Infantry, Cavalry, Artillery and General. All units have their attacking and defending values that are used to resolve combat.

We wanted to avoid the same beginning of each game, so we used a form of “Fog of War”. Before you place your units on the Game Board, each side takes one mini map where, without knowledge of the other side, you can decide a starting point for every unit under your control. In that way, the opponent has no idea where you will place your defense or from where the main attack, will come.

Don’t forget to leave your email. Thank you.